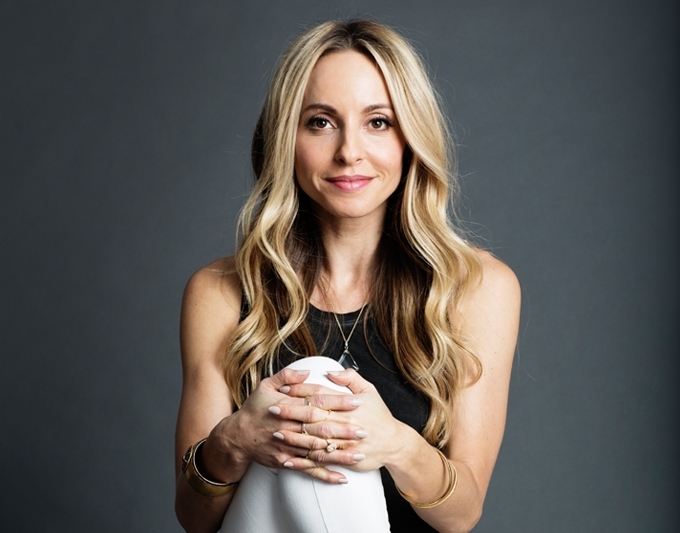 Gabby Bernstein is the #1 New York Times best-selling author of The Universe Has Your Back and has written six additional bestsellers, including Super Attractor which just launched in September 2019.

She was featured on Oprah’s Super Soul Sunday as a “next-generation thought leader” and The Oprah Winfrey Network chose Gabrielle to be part of the “Super Soul 100” a dynamic group of 100 trailblazers whose vision and life’s work are bringing a higher level of consciousness to the world.

The New York Times identified her as “a new role model.” She appears regularly as an expert on The Dr. Oz Show and co-hosted the Guinness World Record’s largest guided meditation with Deepak Chopra. Additionally, Gabrielle has been featured in media outlets such as ELLE, OWN, TODAY, Marie Claire, Health, SELF, Women’s Health, Cosmopolitan, Glamour, the covers of Success Magazine, Experience Life Magazine and more.

So, I came across Gabby Bernstein back in 2008 while reading an article in the New York Times. But I didn’t fully get into her work until 2011 when I was going through a terrible break-up.

From her books to her live events to her guided meditations, her work has played a significant role in my own personal growth, and I’m so honored to have her on the show to share all kinds of business wisdom with you.

In the episode, she shares:

Loved this episode? Show it some love.

I’d be so grateful if you subscribed on iTunes, Spotify, or your favorite podcast app and left a review. The more reviews we have, the more likely fellow female entrepreneurs are to find these powerful interviews and get the insights they need to move their businesses forward.

This FREE WORKBOOK is your secret weapon to avoiding the mistake of creating a brand that looks + sounds like everyone else's. Because you don't want to blend in. You want to stand out. Right?